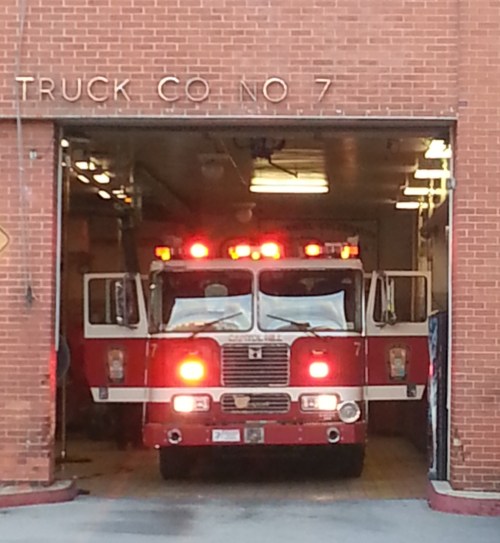 ANC6B had few questions for DC Fire and EMS Interim Chief Eugene Jones after his good will tour presentation last Tuesday, when he told commissioners that he would “move the department forward” during his tenure as Interim Chief after the retirement under fire of Chief Kenneth B. Ellerbe on July 2.

In response to a question from Commissioner Brian Pate  – regarding Jones’ plan for moving forward in the face of ​much “negative press,​”​ Jones gave a rambling answer which failed to touch on any of the major incidents which have recently received widespread critical press coverag​e.​

He did say, however, that he had visited all of the stations and asked that firefighters who perceive a problem with a colleague to  ​keep their interventions internal and the department would work with the Union to resolve them.  ​His response​ sounded like Jones had advised firefighters not to talk to the media.  In recent months, news coverage has focused on numerous issues regarding the serviceability of the ambulance fleet, personnel lapses, and most notably, the death from a heart attack in January of Medric “Cecil” Mills on the sidewalk across the street from a fire station in NE Washington. ​ When Commissioner Ivan Frishberg prompted him in a follow-up question to distinguish his station visits from an effort to silence whistleblowers, Jones quickly agreed.  ​

Residents attending the meeting had some additional questions for Jones.  Jones responded to a question whether the department was considering re-thinking its role as a first responder, by saying that 80% of the calls to the Fire Department are for emergency medical response, and fire trucks are taken out 70% of the time in response to those calls.  He said firefighters are trained Emergency Medical Technicians (EMTs) and “to remove them would have a huge impact on the city.”  Another resident said “it offends me when a hook and ladder truck responds to a drunk [person in need of assistance] – why not use smaller vehicles?”

Jones agreed there was a need to employ more of the smaller units, saying that the District’s 30 fire stations would need 30 ambulances.  He said that the department had recently acquired five ambulances but it was not clear what connection this had to former Chief Ellerbe’s claim that one of his accomplishments was obtaining 30 new ambulances.  (See here:  http://wapo.st/1xevSla)

Further, in failing to reference Firefighter Union and lawmaker opposition to Ellerbe’s plan to implement what has become standard procedure in many departments of cross training firefighters as paramedics and paramedics as firefighters, Jones left the impression that the department is giving no consideration to re-thinking its role as first responder and will keep sending out fire trucks for medical cases, many of which are non-emergencies.  (For more, see this column by Petula Dvorak in the Post: http://wapo.st/1vEHMFV )

Another question posed by a resident was what steps the department was taking to recruit DC residents.  Jones responded that the way the system is set up, the only opportunity to recruit DC residents is at the lowest level – Emergency Medical Technicians.  He said that there are one million paid firefighters in the country and four million volunteer firefighters, each of whom is more qualified than an untrained DC resident when a position opens up – and “when positions open up, people from all over apply.” He did not mention the Cadet program – reinstituted by Ellerbe in 2011 after a troubled history – that has received so much scrutiny in the wake of services denied to a Medric “Cecil” Mills, nor did he convey a sense that recruiting more DC residents would be on his agenda as he serves as chief for the next few months.

The City Council is expected to name a new DCFD Chief next year.