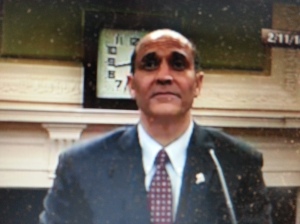 Yesterday, in testimony before the DC Committee on Economic Development, ANC6B Chair Brian Flahaven joined appellants of the Hine project in agreeing that DMPED failed to respond properly to a FOIA request filed by Capitol Hill residents seeking details about the deal that DMPED struck with Hine developers Stanton/Eastbanc.  Flahaven said that DMPED “mishandled the Freedom of Information Act request submitted by community members and needlessly delayed and limited access to information…”

Flahaven also called the Committee’s attention to a flaw he (and ANC6B) sees in the disposition of public/private deals where DMPED and a developer negotiate the terms for community benefits and amenities behind closed doors and in advance of the PUD process, where these terms would otherwise be negotiated between the developer  and the ANC and community.  In such a situation, Flahavan argued, the ANC and community have very little room to negotiate.  He went on, “To its credit, DMPED’s aggressive negotiations produced a well-defined and directed list of benefits and amenities to be delivered by the project,” but did not acknowledge one of the chief complaints of Hine appellants, i.e., that the benefits and amenities in the Hine project are being paid for by the taxpayers.  As Capitol Hill Corner has previously noted, the fact that the Hine “benefits” ostensibly provided by the developer but which are being subsidized by taxpayers came out only after a FOIA was filed by neighbors appealing the Zoning Commission’s order on Hine.  As CHC has also previously reported, at least one ANC Commissioners cited the community “benefits” package when they voted to approve the Hine project by a 6-4 margin.   A tie vote to approve the project would have failed.

Flahaven urged DMPED and the Council to determine ways to engage the community and ANCs in setting the parameters for benefits and amenities when a PUD follows a city-led Request for Proposal (RFP) process on public/private partnership projects.

Following Flahavan’s testimony, Oliver Hall, attorney for the Hine Coalition which has filed suit to overturn the Zoning Commission’s approval of the Hine project, went further, saying residents feel that DMPED and Stanton-EastBanc misled them by failing to disclose that taxpayers are paying for the public benefits that Stanton-EastBanc proffered in support of its proposed development.  Calling the project “extremely controversial” because it exceeds zoning restrictions, Hall noted the sharply divided 6- 4 vote by which the ANC approved the development.  He said the outcome might have been different if the public knew the “facts that DMPED failed to disclose.”

Flahaven subsequently said that “while there is clearly opposition to the Hine development, I think that Hall has gone overboard in characterizing neighborhood opposition.”

With respect to transparency, Committee Chair Muriel Bowser expressed her support for a new openness default on information – and a fresh start for openness and transparency.  “The Hine disposition is no small matter.  Everybody deserves access to information, point blank.  Period.”  She said the Office of Open Government monitors compliance and she would ask them to take a look at it – if the info was not forthcoming, the matter would be referred to the Board of Ethics and Accountability.

In back and forth with Deputy Mayor for Economic Development Victor Hoskins later in the day on the issue of transparency (during which Hoskins went out of his way to offer a gratuitous public insult to Chris Otten, an organizer with the DC Library Renaissance Project), Hoskins offered excuses why DMPED could not be more forthcoming in distributing information.

Bowser ‘s response was crisp and definitive.  When Hoskins said, “We’re not trying to hide anything” Bowser said, “But we do hide it.  It gets lost….   It shouldn’t be FOIA’d.  We can do this proactively and just put [the information] out. We’ve had a default to not giving information.  Let’s change that.  We can give more and change our default.  Will you work with me?”