The Week Ahead…….Wells Hosts Community Meeting on Crime on Wednesday 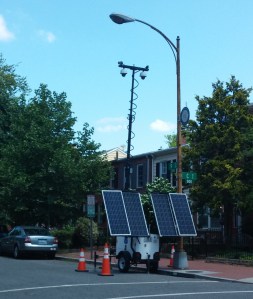 The Week Ahead…….Wells Hosts Community Meeting on Crime on Wednesday

ANC6B Executive Committee Meets at 7:00pm in Hill Center to set the agenda for the monthly meeting of ANC6b on June 9.

Parking enforcement in the alley behind Eastern Market

Progress on the off-site parking plans

Progress on hanging a plaque to commemorate the contributions to Eastern Market of John Harrod, founder of the Market 5 Gallery and Kumba Center, originally located in the North Hall. (Eastern Market’s outdoor vendors raised $1600 to have the plaque cast in 2010, and have been pressing the city to mount the plaque in an appropriate space on the wall of the Market since then.  Recently community activist Peter Bug Matthews has joined their effort.)

ANC 6B Hill East Task Force Meets at 6:30pm at , to discuss the status of the planned Community Action Group (CAG) building at 124 15th Street, SE.  Michael Kelly, Executive Director of the DC Housing Authority, is expected to participate in the discussion.  The long-stalled project and conditions at the building site has been a sore point among the nearby neighbors of the project.

The CAG meeting site , scheduled for Thursday May 29th , has been changed to the basement of the rectory of Holy Comforter St. Cyprian Church one block from the school at 1357 East Capitol Street SE. Same date & time. Enter to the right of the main entrance , down 2 steps , into the side entrance

One response to “The Week Ahead…….Wells Hosts Community Meeting on Crime on Wednesday”