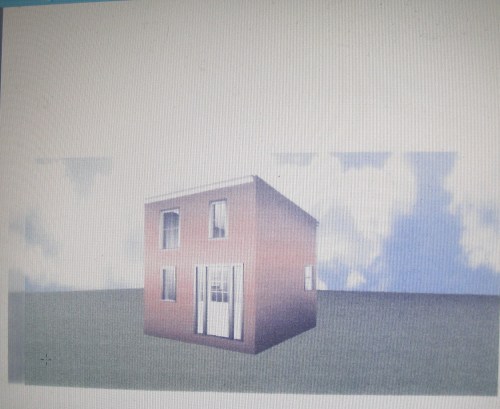 There Are Neighbors, Then There Are “Neighbors”

A recent Historical Preservation Application by a resident of the 1000 block of South Carolina Avenue, SE discloses that the resident wants to build a 15 foot “shed” in the middle of a land-locked block, based on the claim that a similarly sized carriage house existed on the property in the 19th century.

Some 16 immediate neighbors object to the plan.  It’s not as though it would be across the alley; there is no alley.  The structure would loom over the backyards of six or seven neighbors whose properties surround the oddly-shaped lot, and, they claim, it would decrease their property values and interfere with their enjoyment of their yards.   In addition, neighbors fear – citing the height of the 16 foot by 14 foot structure – the owner’s ultimate goal is to construct a rental property, which would impinge upon their backyard enjoyment still further.

When HPRB got the case, they dismissed ANC6B’s concerns out of hand, and despite reservations on the part of several Board Members who thought the height should come down to 10 feet, handed the case off to the Historical Preservation Office (HPO) staff to resolve and make a final determination.  After the HPO staff had signed off on the 15 foot height, one of the nearby neighbors wrote to HPO:

“I am very disappointed that the neighbor’s input was not considered during this process to date. I have reviewed the video [of the hearing] several times and it does appear to me that the Chair wanted the staff to be ‘a bridge between [the owner] and the ANC and neighbors.’  The video shows that the Chair intended that [the owner] enter into a dialog with us regarding the height of the shed and its function. The Chair also stated that the staff discuss a minimum height that would be functional as a shed.”

The response from HPO staff member Sarah VanLandingham reads in part:  “We met with [the owner] earlier this week to talk through some of the details. He is committed to remaining at the 15’ height. After going back and listening to the hearing again and then double-checking the intention with the Chair, Gretchen Pfaehler, the board’s ruling is not strong enough to require him to reduce the height if he claims that he needs it.

From here, [the owner] will need to get together drawings for permitting that meet the zoning and code requirements regarding setbacks, etc. Our office will work with him on detailing the aesthetics of the design but, unfortunately, many of the concerns expressed by the neighbors are not under the purview of the HPRB or HPO.

One of the neighbors told CHC, “What infuriates all of us is that the Historic Preservation Office ignored ANC and comments from CHRS.  He’s building an apartment house.”  Another said, “[the owner] has still made zero effort to reach out to neighbors and the staff memo to the historic preservation head was a very, very slight rewrite of [the owner’s] own claims.”