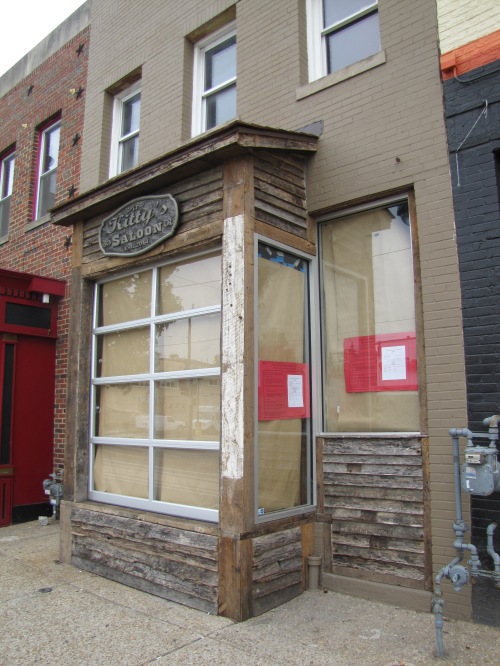 Last night, David Conn, executive chef and managing partner of Kitty’s Saloon, opening soon at 1208 H Street, NE, (formerly Souk) appeared before ANC6a’s ABC Committee to support renewal of the restaurant liquor license associated with the building.  He told the committee that the restaurant would have a western theme and would serve tap beer, premium whiskies, and bourbon.  The restaurant will extend the novelty venue tradition begun by Joe Englert and his partners.  The menu will feature small plates and entrees focusing on Western and Southern food, including rattlesnake chili (really), bison ribs, and roasted squab – as well as some “fun” dishes like fried baloney sliders.

The restaurant will open “late summer – soon” according to Conn, evenings only at first, but for brunch as well, shortly.

The operators are in talks with the owner of the building to expand to the building’s second floor and its rear deck, though the plan was in its very early stages and timing is uncertain.  The restaurant has no plans to ask for an entertainment endorsement for the license.