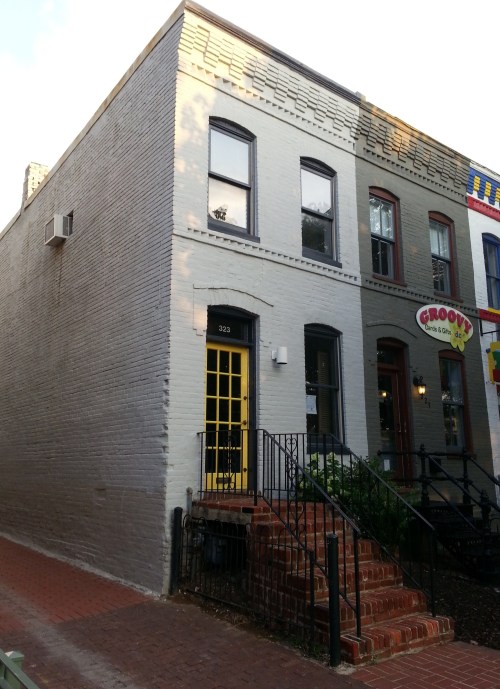 DC restaurateur Ari Gejdenson has purchased the property at 323 7th Street, SE, formerly occupied by Groovy which relocated to the space held by Monkey’s Uncle after the recycled children’s clothing shop closed. Gejdenson plans to open a custom furniture showroom featuring furnishings, including tables, chairs, stools, and light fixtures.  The custom furniture will be built to order.  The announcement will likely be welcome to residents who frequently bemoan the lack of retail in a commercial district with a heavy presence – some say too heavy – of of food and drink establishments.

Asked for the genesis of the new venture, Gejdenson said that “we have always built our own stuff for our restaurants,” and that inquiries from customers about where they could buy the furniture convinced him and a business partner – who will actually design and build the pieces – to launch the project.

Gejdenson, who today told CHC, “I’m excited to bring a small retail option to the community – to 7th Street,” has not decided on a name for the outlet which he hopes to open in a “couple of months.”

The restaurateur, owner of Mindful Restaurant Group, which includes Acqua al 2 (where he is the chef), Ghibellina in Logan Circle; and Harold Black – the speakeasy above Acqua al 2 – is also talking to the Douglas Development, about leasing a building currently under renovation at 1301 Pennsylvania Avenue, SE.  As first reported in CHC, Gejdenson hopes to open a ground floor specialty food market – items generally unavailable elsewhere, but which will complement shopping at nearby Harris Teeter – and a restaurant. (See here:  http://bit.ly/1j1zbIl)