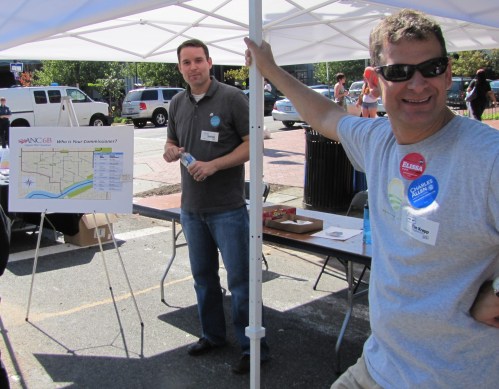 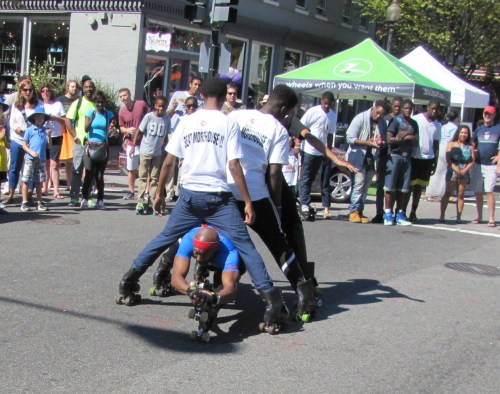 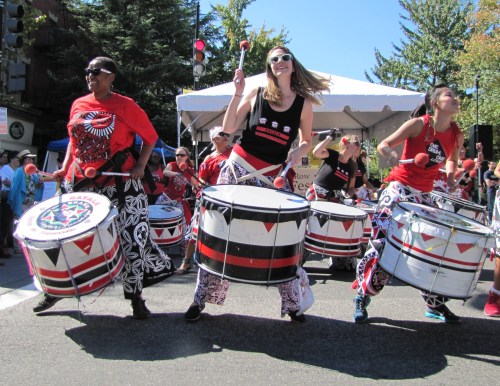 Howl to the Chief’s Main Attraction

There’s Just Something about Politicians and Babies

The City Paper Article on Peter May

For those of who missed it, City Paper (CP) ran a lengthy front page profile of Capitol Hill resident Peter May, who it calls “the most powerful man shaping D.C.’s growth you’ve never heard of.”  May’s title is: Associate Regional Director for Lands, Planning, and Design for the National Capital Region of the National Park Service (NPS), and by virtue of that position, he sits on the DC Zoning Commission and the DC Board of Zoning Adjustment.  As a member of the Zoning Commission, he participated in the consideration of the Hine Development and – if the developers of the Frager’s site want a building more than 50 feet high there, he will be voting on that.  He is also the overseer of Capitol Hill NPS Parks:  Folger, Lincoln, Stanton, Marion(!), Potomac Avenue Metro, Seward Square, Twining Square, Maryland Avenue Triangles, the Pennsylvania Avenue Medians and 59 inner city triangles and squares (“pocket parks).

May is in charge of enforcing what many think are antiquated NPS regulations for these parks which prevent DC from developing the cultural and aesthetic amenities on public spaces which are seen everywhere in Europe.  He is described in the article by a former colleague as someone who is charged with protecting the federal and NPS interests but who takes community interests into consideration while doing so.  What the colleague does not have to say is that the federal government pays May’s salary.

Some residents have found the NPS to be unresponsive to concerns; some ANCs  have found the NPS attitude dismissive.  The CP article finds that no one wants to answer the question of why, exactly, the federal government should have a voice in micromanaging the city’s communities and neighborhoods, but that’s likely to remain the case until the District achieves true and independent home rule.  The link to the City Paper article is here:  http://bit.ly/1u0tRYD

ANC 6B Executive Committee Meets at 7:00pm in the Hill Center to set the agenda for the October 14 ANC6B monthly meeting.

The Department of General Services will conduct the second tour of the Eastern Branch Boys and Girls Club for prospective development teams from 9:30am until 4:00 pm.  Commissioner Brian Flahaven is expected to announce a separate community tour of the site in the near future.

Blessing of Animals/Feast of St. Francis. Lincoln Park  10:00 am. Sponsored by Church of St. Monica and St. James.