The Week Ahead … and Radici Opens Across from Eastern Market 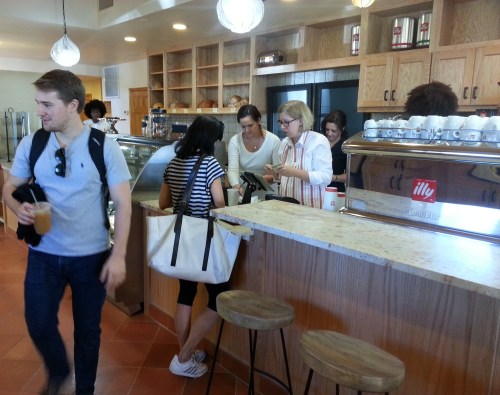 Radici, the new Italian deli/grocery (formerly the Silver Spork) opened this weekend. They should be fully stocked by week’s end. By Tuesday, they expect to be open 7:00am – 8:00pm and by next week from 7:00am until 9:00pm – maybe later.

ANC6B Candidates meet and greet.  Eastern Market Metro Community Association (EMMCA) is holding a meet and greet with the ANC 6B candidates 6:30pm  to 8:30pm at Southeast Library.  EMMCA has also produced an ANC Voter Guide for 2014.  It is available here:  http://www.capitalcommunitynews.com/content/anc-6b-2014-voter-guide

ANC6B Executive Committee. Meets at 7:00pm in Hill Center to set the agenda for the November meeting of the ANC.

Swamp Fox Statue at Marion Park.  A public scoping meeting will be held by the National Park Service and the Francis Marion Memorial Project from 5:00pm and 7:00pm at the Northeast Library, 330 7th St NE.  The project team will be available to discuss possible locations for the Memorial. (A second public meeting will be held on Wednesday, December 3rd from 6:00pm and 8:30pm at the Southeast Library, 403 7th St. SE.)

Closing of DC General Homeless Shelter and Future of the Eastern Branch (Boys & Girls Club at 17th and Massachusetts).  ANC 6B Hill East Task Force will meet 6:30pm – 8:00pm in Congressional Cemetery Chapel (1800 E Street, SE) to discuss both Mayor Gray’s recently released plan to close the Temporary Emergency Family Homeless Shelter at DC General and the Department of General Services’ Eastern Request for Proposals for development of the Eastern Branch building.  The task force has invited any organizations/developers who are considering or planning a response to the RFP to attend the meeting and provide some brief remarks about their plans. The Eastern Branch RFP discussion will likely begin around 7:15.  The chapel is located in the center of the cemetery. Attendees can enter Congressional Cemetery through the main gates at the intersection of 18th, E and Potomac Avenue.

Marijuana legalization.  DC City Council’s Committee on Business, Consumer, and Regulatory Affairs and the Committee on Finance and Revenue will hold a joint (I know, I know) hearing on the legalization of marijuana, 11:00am in the Wilson Building. Anyone wishing to testify should contact (202) 727-6683 or email fcaldwell@dccouncil.us by Thursday, October 23.