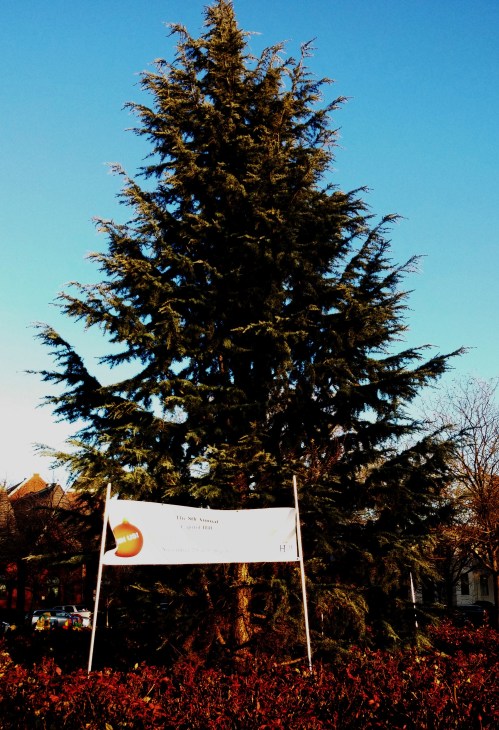 Local ANC’s, and civic and community organizations are out of business this week as the community readies for the upcoming month long holiday season.  One community event at week’s end will be the 8th Annual Lighting of Eastern Market Metro Plaza’s Holiday Tree set for 5:30pm on Saturday, November 29.  The event – in which the community is invited to participate – will mark the community’s kickoff of the holiday season.

In 2007, the Capitol Hill BID planted a 20-foot evergreen tree in the large circle garden at Eastern Market Metro Plaza’s Northeast quadrant to honor BID’s founding President, George Didden III.  The tree, affectionately known as “Big George,” is decorated by the BID’s “men in blue” every December, and illuminated in front of the Capitol Hill community. Community participation has grown every year to celebrate the season while honoring the memory of George Didden III.

One response to “The Week Ahead…..Lighting of Eastern Market Metro Plaza Holiday Tree”