The future home of Bullfrog Bagels at 317 7th Street, SE, near Eastern Market 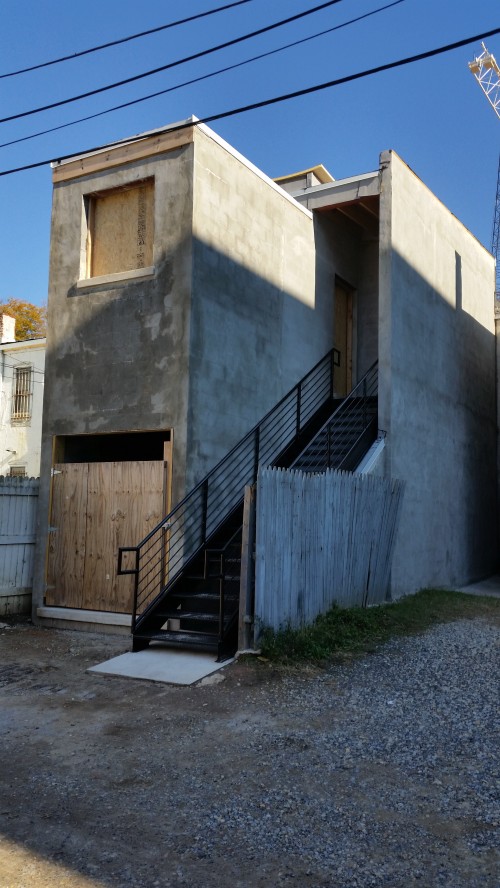 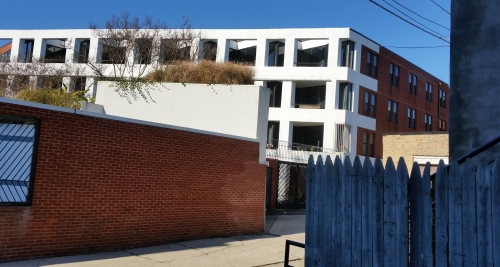 Owner Starts Off on Wrong Foot with Neighbors

Last night, the continuing restaurant-vs-Capitol Hill resident drama was on full display at ANC6B’s Alcohol Beverage Committee meeting.  Under consideration was the application of a restaurant liquor license for Bullfrog Bagels opening next year at 317th Street, SE, near Eastern Market.  The opening was first reported on CHC, here:   http://bit.ly/1ylkCr1.

The owner of Bullfrog Bagels – Jeremiah Cohen – didn’t help his cause much when he first insulted nearby residents, and then threatened to make their quality of life worse by using even more disruptive delivery practices if he didn’t get to deliver bagels through the rear entrance of his 7th Street bagel shop daily between 3am and 4am.  One of their main objections is the early morning bagel deliveries.

Nearby neighbors have lawyered up in the person of Capitol Hill attorney Ellen Opper-Weiner to help them negotiate a settlement agreement with Cohen to minimize the impact of the restaurant on their quality of life.

Three major issues concern residents:  hours of operation, noise control from mechanicals, and Cohen’s insistence that the daily bagel deliveries between 3am and 4am occur through the restaurant’s rear door, which is overlooked not only by the bedrooms of living quarters above the adjacent retail shops, but also those of the large condo project across the alley.

As the result of recent meetings with Opper-Weiner, Cohen submitted a proposed settlement agreement detailing restrictions on business practices.  Such agreements are a routine part of alcohol beverage licenses and are used to address concerns the ANC and neighbors have regarding the business’operation.  Recently, mobilized neighbors have had considerable success in bringing better or best operation practices to food and drink outlets on Barracks Row, 7th Street, SE; and Pennsylvania Avenue, SE.

Cohen characterized the proffered agreement as doing “a good job of trying to address neighbors’ concerns.”  Opper-Weiner said that while some progress has been made the three major concerns listed above remain outstanding.  Commissioner Kirsten Oldenburg appeared to have little sympathy for residents, coming down squarely on the side of the restaurant saying, “I think this is a fine settlement agreement from my perspective.”

Cohen wants to serve alcohol until midnight on weekends and 11pm on weekdays both inside his restaurant and at a proposed outside café and on a front balcony of the building overlooking the street.  Neighbors want him to scale that back to 10pm during the week and 11pm weekends.  In addition, neighbors want best practices sound abatement for the roof top mechanicals and they want deliveries through the front of the restaurant, which Cohen says is not possible because his bagel racks cannot negotiate the stairs on the front entrance.  Commissioner Diane Hoskins, in whose single member district the restaurant resides, pushed for no deliveries before 7am.

Calling the objections “a classic NIMBY situation” the testy Cohen piled on, adding that the alternative “would be to say, ‘screw it.  I’ll bring a Sysco truck into the alley at 7:01 every day and leave it idling while we unload – it will drive you guys crazy….I’ll hire trucks you hate that will result in pollution, noise and traffic jams.  I’m offering not to do any of that by bringing a small vehicle into the alley early in the morning.  I’ve made an incredible offer – no Sysco truck – a quiet truck – no vendors in the alley – this is an amazing offer.’”

As to how alcohol will play into the menu of a bagel shop, Cohen was somewhat unclear other than saying that as the bagel demand tapers off around 11am, he hopes to offer lunch and brunch instead of the usual bagel shop practice of switching to subs, pizza, and burgers.  Though no mention was made last night, it’s been reported elsewhere that dinner will be served as well.

Commissioner Nick Burger suggested a trial period to “see how it goes.”  Linda Elliott, a resident who has been instrumental in organizing neighbors to push for best practices, pointed out that since the restaurant will not open before the license renewal period next spring, the trial period will be three years and three months.

After the committee voted to take no position regarding a recommendation to the full ANC which meets next Tuesday, pending further meetings between Cohen and neighbors, one of the residents spoke up and referring to Cohen’s remarks stated, “…threatening me is not appropriate.”  Cohen’s denied that he was threatening anybody, saying, “I was just pointing out what was better for the neighborhood.”

In a subsequent conversation with Opper-Weiner, the attorney told CHC that language restricting early morning deliveries may be moot, citing a conversation earlier today with the Counsel to DDOT in which she says he affirmed that DC regulations prohibit loading and unloading in spaces marked by No Parking/No Standing Anytime signage.  Such signage currently exists in the alley behind Bullfrog Bagels.  Whether DDOT will enforce the regulations at 3am is uncertain.