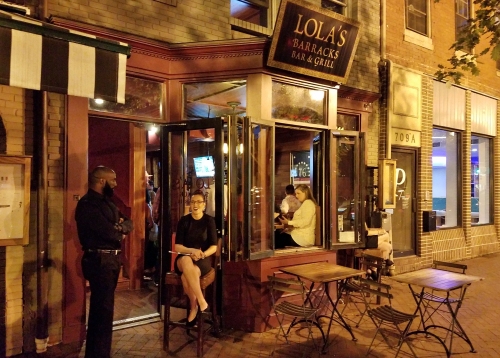 Lola’s on Barracks Row is back. Last night’s soft opening preceded a return to business today. 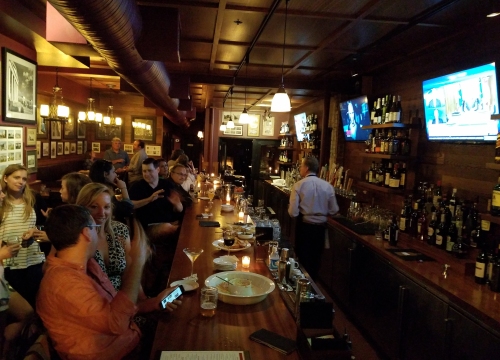 The scene at Lola’s last night at circa 9:00pm

Lola’s on Barracks Row had a soft opening last night and opens for regular operations today.  What’s new?  Lots of mahogany, new floors, and new banquette seating, a new menu (see below) featuring top end burgers in place of entrees and new bartenders – crowd pleasing Mark from Senart’s and Miguel – who, patrons say, “make the bar an interesting place to be”.  The pool tables on the second and third floor remain, as does “Jack’s Porch” named for a regular who serves as a clarinetist in the Marine Band.

Last fall, Xavier Cervera and his partners regained ownership of the string of Capitol Hill/Nats Park restaurants which were sold to a Boston equity firm in December 2012.  Cervera said that one of his first steps after regaining control would be to temporarily close Lola’s for refurbishment of the interior. See original story here: http://bit.ly/2chTmCg 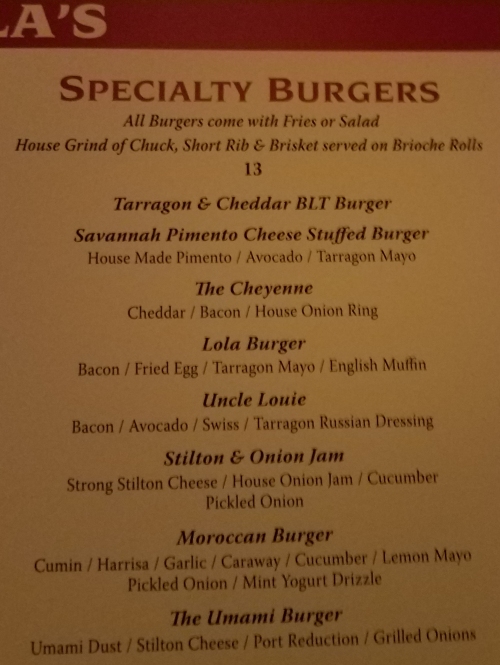 And here’s a look at the brunch menu

One response to “Here’s a Look at the (New) Barracks Row Lola’s, Opening Today”