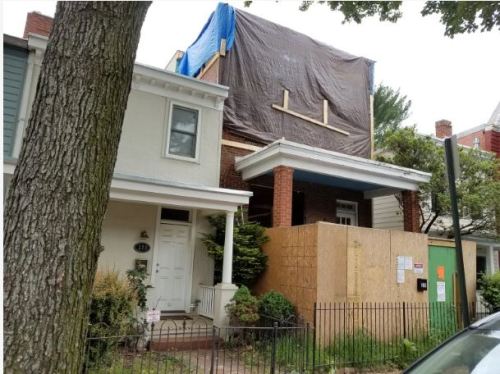 In May, CHC reported that the Historic Preservation Review Board (HPRB) had ordered the removal of a third floor addition to the town home at 231 10th Street, SE.  http://bit.ly/2vte8q2

Since nothing appears to be happening three months later, CHC followed up with the Historic Preservation Office (HPO) regarding the status of the project.

“The applicant [Blue Star Design] applied for a DCRA building permit to remove the third floor and complete the work on 6/23/2017. The plans were routed to the necessary city agencies for their approval and comments, including HPO. A number of agencies have requested changes/clarifications and I imagine the applicant is working on address[ing] them.  In short, the applicant has applied for a DCRA permit but it has not been issued yet.”