Here is a summary of the changes: 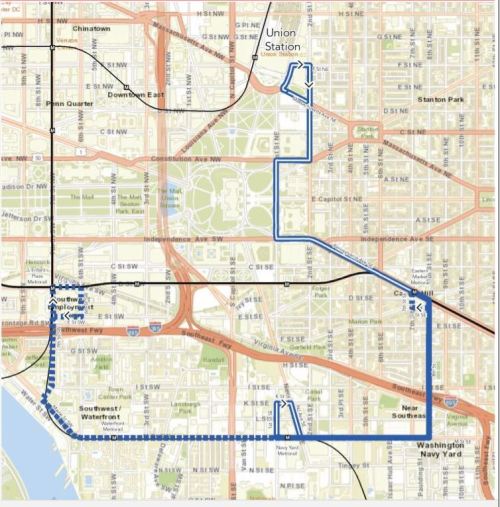 The current Potomac Avenue Metro – Barracks Row – Anacostia Skyland route would change, eliminating Potomac Avenue to Barracks Row portion and the portion running to Skyland.  Instead, it would run from downtown Anacostia in Congress Heights, north on MLK Jr. Avenue, north on Barracks Row, across Pennsylvania Avenue, north on 8th Street and then northwest on Massachusetts Avenue to Union Station. Additional new service would run Saturday and Sunday 7:00 AM – 9:00 PM.

In a matter not directly related to Circulator, Heather Foote – representing Capitol Hill Village – pleaded with officials to consider providing an indoor location in DC where residents can purchase Senior Discount Smart Cards.  Since the location at Metro Center was eliminated, the only place in the District to buy a Senior Discount Card is the outdoor location at Metro sales office at 600 Fifth St, NW.

Time for public comment on the proposed changes has been extended from January 19 to February 5.  For more information and to comment on-line, go here:  http://www.dccirculator.com/service-changes-2018/