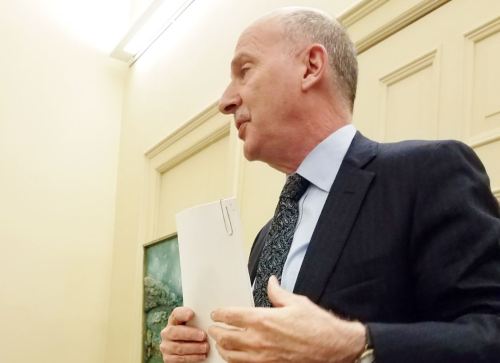 Presentations – Chairman Mendelson to speak on the proposed ceremonial naming of the 200 block of 2nd Street, SE, “Richard Rausch Way”.  Rausch, a longtime DC home rule and Democratic activist who died in 2007, resided on the street.  [Questions to be submitted from Commissioners prior to full ANC 6B meeting.]

Discussion on the DDOT decision for 8th and A Streets, SE.

Discussion on traffic problems at Brent and Tyler Elementary schools.

2018 Rock’n’Roll Marathon—MPD request to restrict parking along the route.

214 A Street NE, Historic Preservation application for concept approval, side and rear additions and garage.

The District Department of Transportation (DDOT) invites you to a public meeting to provide the community and stakeholders an update on the preliminary engineering of a rehabilitation project along C Street, NE.  The project will improve safety and connectivity for all users on C Street, NE from 14th Street to 22nd Street, NE; and North Carolina Avenue, NE from 14th Street, NE to 16th Street, NE. At this meeting, the 65% design plans will be shared to further refine the recommendations provided during the final design phase.

Comments Off on The Week Ahead…. CM Allen before ANC6D – Council Chair Mendelson before ANC6B