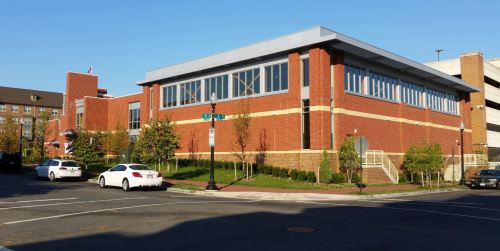 PSA 106 meets at 7:00pm, Capitol Quarter Community Center, 1000 5th Street, SE.  The shootings which occurred across the street early Saturday morning (see below) will be discussed.

‘At approximately 0320 hours unknown number of suspect(s) approached the victims that were in front of 1005 5th Street SE in dark colored vehicle.  The suspect(s) opened fire on the victims wounding both of them.  One victim was shot multiple times and transported to the hospital, the other victim was shot in the leg and transported to the hospital.

The suspect(s) and suspect vehicle fled in an unknown direction.  It is unsure how many individuals were in front of 1005 5th Street SE.  Two weapons were  recovered in front of the recreation center, also multiple shell casings found on the scene and there are rifles casings among the shell casings.’

Among the items on the draft agenda:

Election of Board Members at the September meeting

For residents considering a run for ANC Commissioner, petitions are available at the DC Board of Elections Office.  Candidates must submit a petition of at least 25 signatures of registered voters in their single member district by Wednesday, August 8, at 5:00pm.   See the following link for more information.  https://dcboe.org/Candidates/Candidate-Guide-to-Ballot-Access