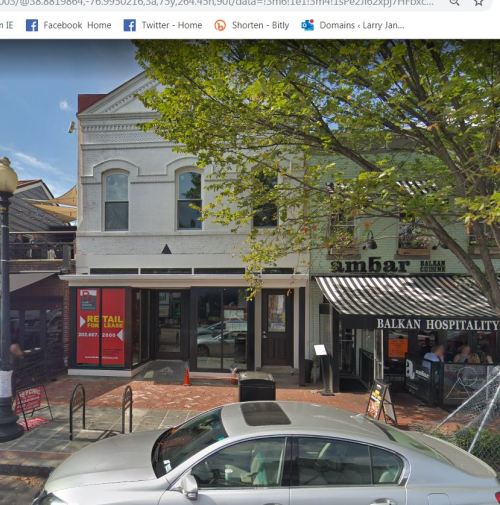 The former Phase 1 and Anxo Cidery at 525 8th Street on Barracks Row will become a new Japanese restaurant run by RedRocks Pizza owner James O’Brian, Washington Business Journal reports. The news will be welcome to other retailers on the street which has suffered a significant decline in foot traffic in recent years.

O’Brian has leased the property and reportedly has plans for a neighborhood Japanese ramen and izakaya (an informal Japanese pub serving variety of small dishes and snacks to accompany alcoholic drinks).  The new restaurant will require an extensive $1 million dollar build out which O’Brian hopes will be complete in time to permit opening in December.

The former iconic lesbian bar was purchased and developed into retail space by Chris Martin of Martin-Diamond Developers.  The firm is partnered with an international investment company specializing in developing retail properties targeting Millennials.  Martin is also developing the Shakespeare Rehearsal space into retail space and in July will start construction of a three story mixed use building in the Shakespeare parking lot across the street (presided over by Barracks Row’s landmark mural on the side of Nooshi.