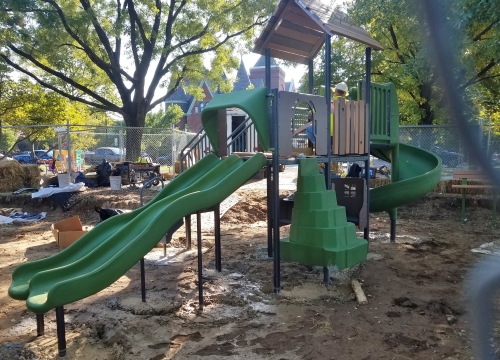 Southeast Library – Four architectural/design firms have been selected by DC Library out of some 20 companies who want to do the $21 million renovation of Southeast Library.  The four firms will make oral presentations to the selection committee in a closed meeting and the firm finally selected will meet with members of the community over the next year before a final design is agreed upon.  Not only is the selection meeting closed to the public, but attendees must sign a non-disclosure agreement.   Construction and the 2 year closing of the Southeast Library is scheduled to begin at the end of 2021.  The community is represented on the selection committee by ANC6B Commissioner Jerry Sroufe and Friends of Southeast Library President Neal Gregory.  Other members of the committee include DC Library personnel and DC government officials.

Eastern Market – the office of Deputy Mayor for Economic Development (DMPED) has selected five applicants to conduct a $300,000 comprehensive plan to address the future of Eastern Market.  A selection committee comprised of officials from DMPED, the Department of General Services (DGS), and Eastern Market Community Advisory Committee, (EMCAC) will hear 30 minute presentations from the top two applicants (selected by DMPED) in a closed meeting and make a recommendation to the Deputy Mayor.   A meeting to hear the two candidate’s presentation was scheduled for Thursday morning, August 8.  Participants are required to sign a non-disclosure.  The community is being represented by Donna Scheeder, President of EMCAC, and Jerry Sroufe, ANC6B Commissioner in whose district Eastern Market lays.

The HPO staff said that they felt the applicant had not made the case for Historic Preservation and that a stronger case needs to be made for it.  HPO staffer Steve Callcott said, “We are not saying the building doesn’t meet designation criteria, but think designation is premature based on the information provided.”  The effect is an invitation for the League to come back in one year and re-apply with additional information.

Comments Off on News You May Have Missed – Metro Playground, Southeast Library, Eastern Market, Folger Library