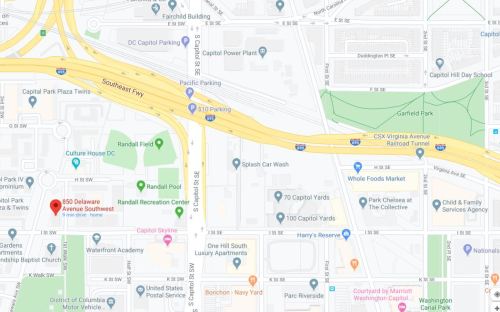 Here’s where The Aya is located. 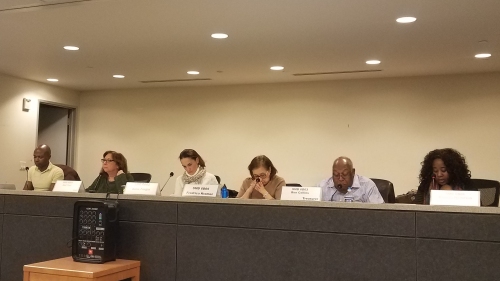 Friday, February 21, at 11:30am will mark the opening of “The Aya” – Ward Six’s Short Term Family Housing Facility in close-in Southwest at 850 Delaware Avenue.  The building will house 50 families for up to 90 days pending transition into permanent housing.  This is the 5th of the 8 shelters – one in each ward – that will replace the now-closed DC General.  All of the new shelters have or will have programs providing services for the residents aimed at expediting their transition to permanent housing.

The space for the building’s community health clinic will not be ready when the building opens.  Unity HealthCare Services was temporarily located at the Joy Evans Recreation Center under an 18 month lease during the construction of The Aya and that lease expires before the new space will be ready.

Last Monday, ANC6D raised strong objections to the potential 3 – 6 month gap between the scheduled closure of the Unity Health Care Services at Joy Evans and its relocation to The Aya.  ANC6D Chair Gail Fast told representatives of DC’s Department of Human Services and Aya Program managers that “The idea of suspending service for even a day is unconscionable.”  Officials sought to assure the ANC that the gap would be minimal and they would have a better idea of how long it would be after the facility opens.

For more information on the status of the projects in all 8 wards, see here:  http://bit.ly/3bEZh1b