Here’s a Preview and Photo Essay of the SE Safeway:  Grand Opening at 6:00am Wednesday, August 12

Safeway says “welcome.” This is what you see when you walk in the door. 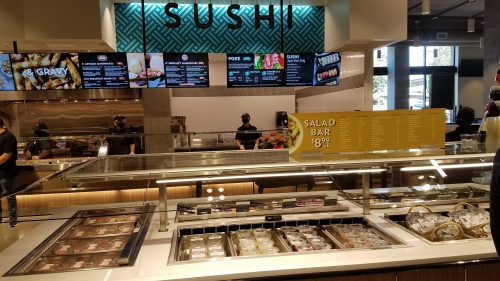 The deli and the Kitchen run the length of the north side of the building and the first part of it you encounter is the sushi bar. 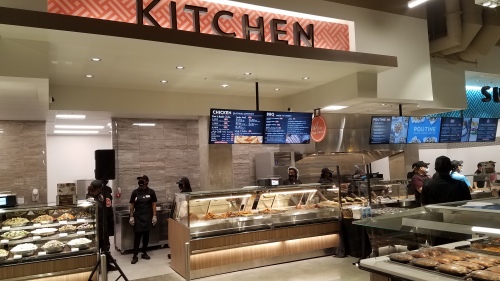 The Kitchen has several components designed to appeal to tenants in the residences above the store as well as neighborhood shoppers. 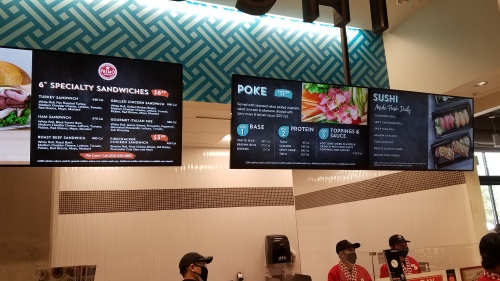 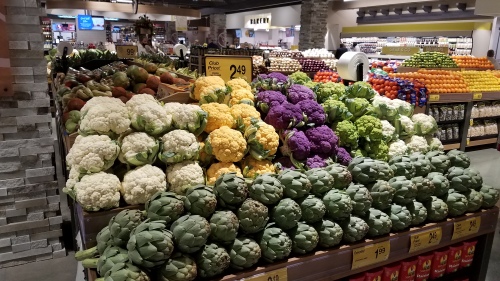 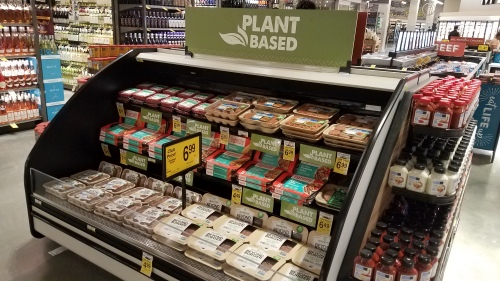 vs. the real thing.

The 500 bottle walk-in wine celler. (A wine steward is available to assist customers.)

Here’s a Preview and Photo Essay of the SE Safeway:  Grand Opening at 6:00am Wednesday, August 12

Safeway’s new 60,000 square foot 24/7 store reopens to the public at 6:00am on Wednesday.  The store will carry 3,700 new items – hundreds of them in dairy and frozen foods – with an emphasis on natural, organic, specialty, healthy and ethnic products – according to the press release.   The selection of prepared foods has been greatly expanded and there is a notable shift to self-checkout  – the store has just five checkout stands but 12 self-checkout counters.

Among the new and returning features:

The produce department offers numerous organic choices, a new array of ethnic choices, an expanded selection of fresh cut fruits and vegetables, and an assortment of juice and beverages – including Kombucha, the sweet, fermented, effervescent, tea from East Asia.

The meat department features dry-aged beef and plant based protein masquerading as meat.  The seafood department has a raw oyster bar with a selection of nine local oysters, such as roaring point, blackberry and Chincoteague.

Beer, wine and spirits are sold from 7:00am until midnight.

The pharmacy will be open 7 days a week; it will offer a variety of immunizations as well as flu shots and clinics.

One notable deficiency is the sparse availability of gluten free options – Safeway seemingly hasn’t caught on yet to that preference or necessity for a substantial portion of the population.

The store has café seating (all temporarily closed, a concession to the pandemic) both inside next to the deli and the Starbucks, and outside at a sidewalk café.

The new store – at 14th and D Streets, SE –  is 10,000 square feet larger than the old store, which closed two years ago.  It occupies the ground floor of the Beckert’s Park development, beneath 325 residential units.

2 responses to “Here’s a Preview and Photo Essay of the SE Safeway:  Grand Opening at 6:00am Wednesday, August 12”