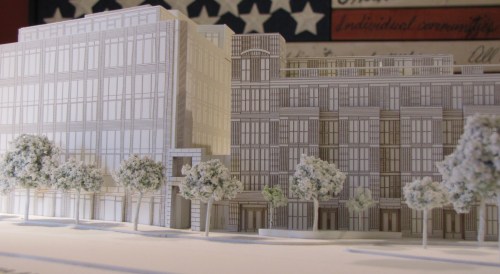 Looking northwest at the 8th and D corner.

Looking south from above and behind the north residential building.

Looking to the southwest