Capitol Hill Gears Up For World Cup – Where to Watch 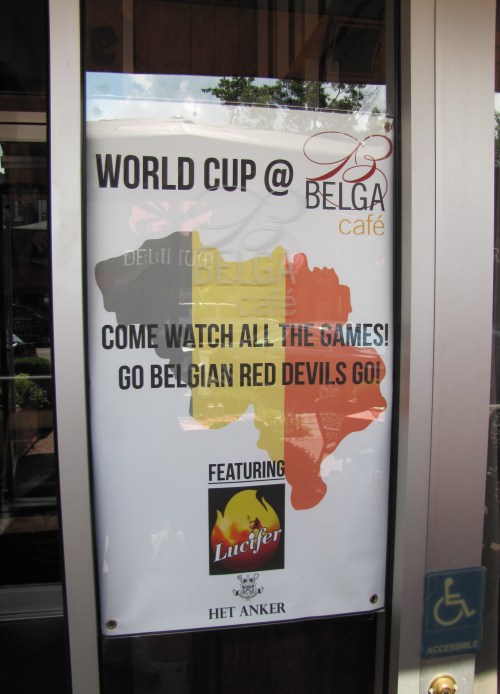 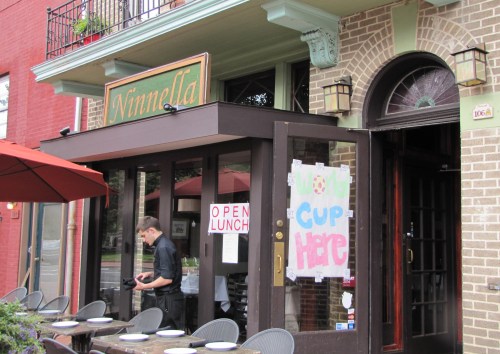 Where to Watch on Barracks Row (and Lincoln Park)

Tuesday afternoon, Capitol Hill Corner surveyed restaurants around Eastern Market to see which were planning on paying special attention to the World Cup, starting on Thursday, when Brazil meets Croatia.

As one might expect, restaurants featuring European fare are making an extra effort: Belga Café and Ambar on Barracks Row, and Ninella in Linclon Park, are providing strong incentives to watch the World Cup in those places while enjoying food and drink specials.

With the Belgium team picked as a dark horse favorite, it’s not surprising that Belga (and its sister restaurant B Too on 14th Street, NW) has an entire Red Devil Beer and Frietkot (Fry Shop) special menu with frites, burgers, sausage sandwiches, ribs, and Frietjes met stovers – fries topped with beef stew in a cone with mayonnaise.

During World Cup fixtures, Ambar will feature Coronas, house red or white wine, and three house cocktails for $5 each, as well as a selection of small plates for the same price.

Likewise, Ninella, which is now open for lunch service, is serving half price drinks and appetizers during the matches. 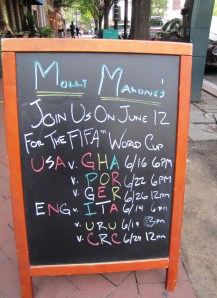 Molly Malone’s Is Featuring US and English Teams

The following establishments will have drink specials, or are still in the process of determining specials:

Ugly Mug – Specials to be determined

Zest – Specials to be determined

Tunicliff’s – Specials to be determined

The rest on the list have no plans to focus on the World Cup but will be making the matches available on television:

The World Cup schedule through the group stage can be found here: