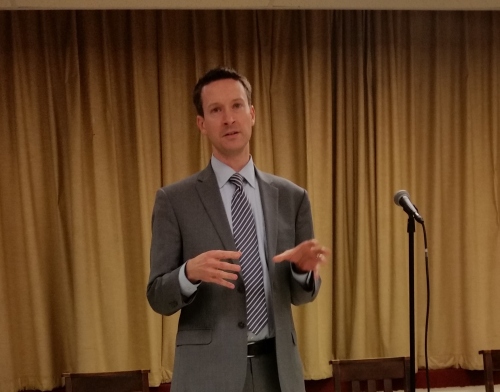 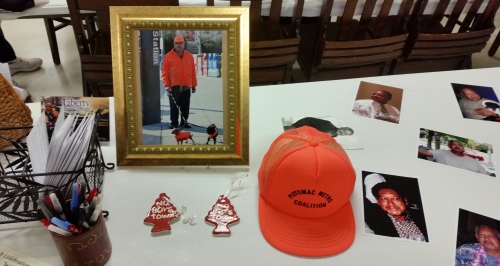 More than 50 friends, family members turned out to honor Will Hill at Liberty Baptist Church. 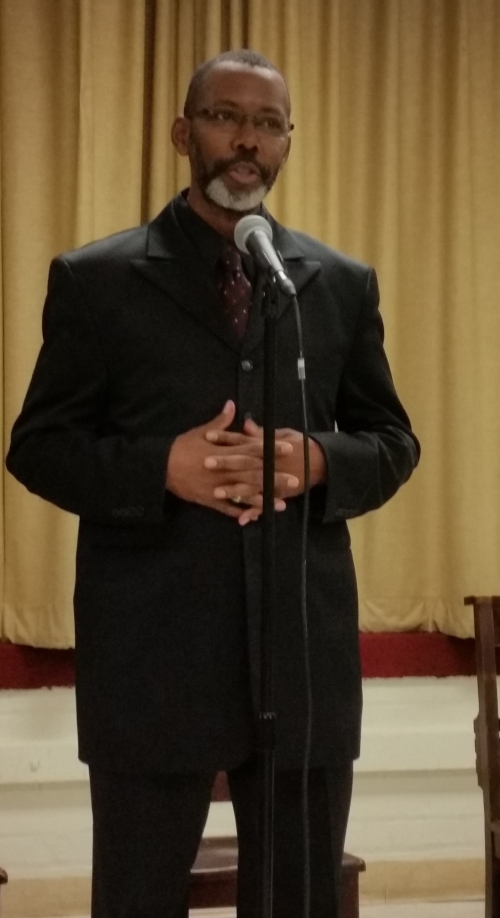 The Reverend Anthony Owens, Pastor, Liberty Baptist Church. “Leave the comfort of your homes and go out into the community and make a difference.”

“Leave the comfort of your homes and go out into the community and make a difference.” – Pastor Anthony Owens

Last night, Councilmember Charles Allen led a group of community stakeholders who gathered at Liberty Baptist Church in Hill East to remember and pay tribute to Hill East activist Will Hill who passed away November 24.  More than 50 of Will Hill’s friends and family were in attendance.

Allen remembered Hill’s contributions to the community and said he would support a suitable memorial after consultation with the community and ANC6B.  Mayor Bowser’s Ward 6 representative Seth Shapiro read a letter from the Mayor recalling Hill’s service as an Orange Hat Patrol leader, as Chair of the MPD’s First District Citizen’s Advisory Council, his presidency of the Capitol Hill Garden Club, and his 21 years of service on ANC6B.

David Healey, past president of the Garden Club and Past President of the National Capital Area Garden Clubs, related how Hill became the first African American to integrate the Capitol Hill Garden Club, and served two terms from 1982 to 1986 as its president.  Healey said, that he thought that Hill’s presidency “was a turning point for the club,” and credited Hill for playing a major part in keeping the club going.

Former ANC6B Chair Peter Waldron remembered Hill’s dauntless work on the Orange Hat patrols and his role in mentoring Waldron as he sought election to be chair of the ANC.

MPD Assistant Chief Diane Groomes said she had met Hill in his capacity as Orange Hat Patrol leader when she was still a sergeant in the First District.  Robert Pittman, current Chair of the MPD First District Citizens’ Advisory Council called Hill a hero who will be missed for his work in and dedication to the community.

Longtime colleague, friend and community activist Ellen Opper-Weiner cited Hill’s leadership role in the Southeast Citizens for Smart Development that led the five year community effort to prevent the planned Boys’ Town project from being built where Harris Teeter now stands  Opper-Weiner told the crowd that when Boys’ Town sued the two of them, Hill was prepared to sell his house to cover legal fees “before the ACLU stepped up and volunteered to represent us.”

But it was the members of the community whose lives were directly touched by Hill that provided the most poignant view of the depth of Hill’s impact on the community.  Peter Bug Matthews said that at a point in his life when he was “on the borderline of the fence, Will Hill pulled me back, saying “You want to be on this side.  He always kept me straight – always kept me in line.”  Matthews said he would carry on Hill’s tradition of mentoring youths in the community.  Finally, Zachary Jenkins, a long time neighbor of Hill’s tearfully called Hill “his best friend for forty years:  When I met him, I was lost.  He gave me my first job in his print shop….He saved my life.”

At program’s end, the Reverend Anthony Owens – Pastor of Liberty Baptist Church – said Hill’s life of leading by example was a message to the community, and the message was:  “Leave the comfort of your homes and go out into the community and make a difference.”

The memorial was organized by Will Hill’s friend and former Chair of the MPD First District Citizens’ Advisory Council, Nancy Rosen.