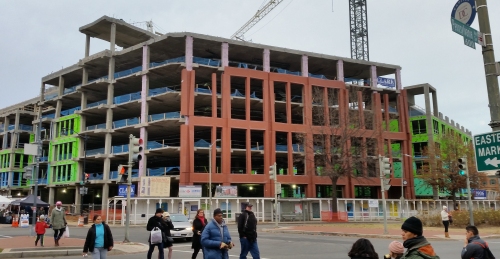 Farm Fresh request for support for a letter to the Public Space Committee.

Presentation by Buzzard Point, LLC, on intent to modify plans for 1st and V Street, SW.

Application of Verizon Wireless to locate a temporary Cell on Wheels.

Consent Calendar (items which are scheduled to be approved routinely, without objection)

417 4th Street, SE, Zoning Adjustment application, for a special exception and a variance to permit the construction of a three-story rear addition to an existing three-unit apartment house in the RF-3 Zone at premises 417 4th Street, SE.

Regular Calendar of business (items brought before the Commission for further discussion):

Discussion on Policing in the Neighborhood