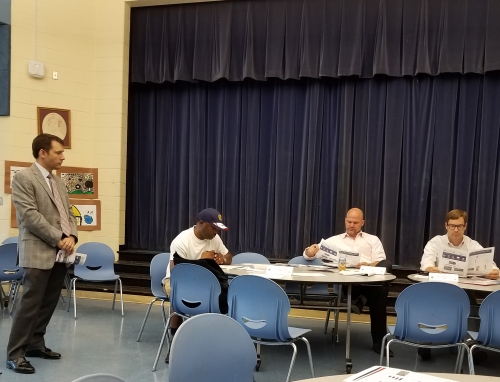 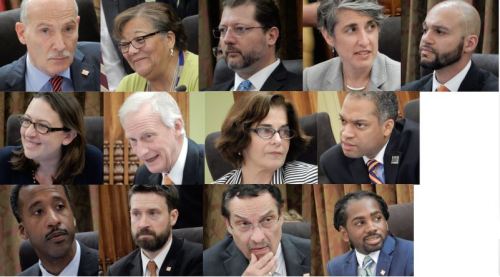 The DC City Council is scheduled vote on the proposed FY 18 budget on tomorrow.

Hensen recounted the previously widely reported bad news for the project regarding the reduction in FY 18 funding for the proposed extensions of the H Street line east to the Benning Road Metro Station and west to Georgetown.  Last month, the City Council released a proposed budget which reduced the Mayor’s request for $160 million over six years for the extension eastward, to $100 million and put off additional funding until FY 2023.  The $100 million allocated by the Council will allow planning to continue but under the best scenario, construction could not begin until 2023, instead of 2020.  The Council increased the Mayor’s request for funding the Georgetown extension from $165 to $196, but delayed spending the funds until 2020-2022.  ANC6B reacted in a proposed letter letter to the Mayor and City Council, saying that the funding was “unceremoniously stripped from the budget the council was presented to enact late the night before the Council vote.”  On May 30, the Council took the first of two required votes on the FY 18 budget. Tomorrow, Tuesday, June 13, the Council will take the second required budget vote.

ANC6A voted unanimously to send the letter to the Mayor and the City Council protesting the cut in funding and lack of transparency by which it was done, and urging the Council to restore the funds.  The letter states, in part, ANC6A “is extremely concerned about recent reports that funding was stripped from the budget at the last moment with no public notice…undermining the [city’s] longstanding commitment to ensuring the viability of this streetcar line …” Also, “Such lack of process and transparency undermines confidence in the Council’s budget process and the well-reasoned committee-led consideration that the Council provides to matters of public importance…”

Jensen also briefed the Commission on the recently completed ridership and travel time analysis, saying that the H Street Streetcar currently attracts 3000 riders a day, seven days a week.  DDOT estimates riderships on an extension from Union Station to Georgetown will attract 5700 riders per mile, making it, one of the higher ridership streetcar lines in the US.