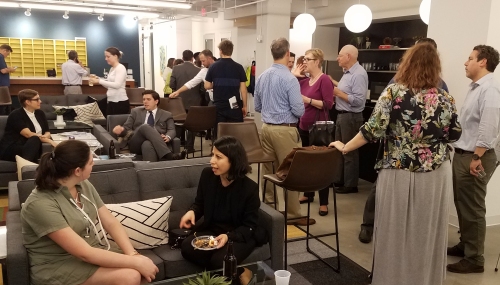 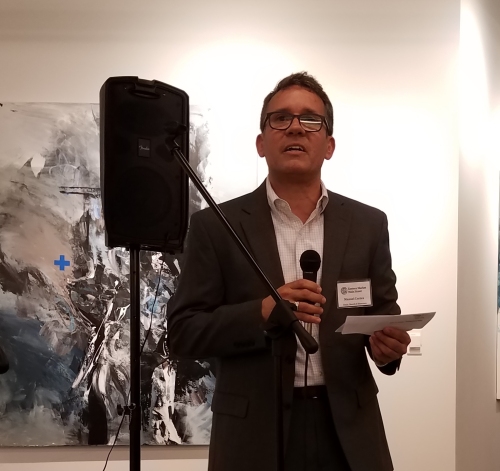 Manuel Cortes, Chair of EMMS Board of Directors and owner, GroovyDC. 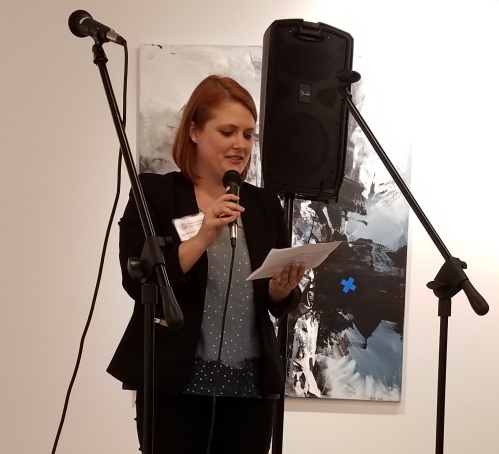 The Capitol Hill community is trying to hash out the future of the 300 block of 7th Street and the weekend flea market and Eastern Market Main Street (EMMS) will be a key player in the decision.  It counts 34 businesses in the Eastern Market business district – many of them on the 200 and 300 blocks of 7th Street as members.

EMMS celebrated the first year of operations last Wednesday night on the second floor of the Hine project office building overlooking 7th Street; the entire floor is leased by The Yards – a co-working space provider with seemingly hundreds of work spaces available.

The day before their annual meeting, EMMS Executive Director Madeline Odendahl testified at a Department of General Services oversight hearing before CM Cheh’s Committee on Transportation and the Environment.  DGS manages Eastern Market and vending on the 200 and 300 blocks of 7th Street.  Odendahl expressed concern about the management of the 300 block of 7th Street and stressed the need to create a pleasant shopping experience for visitors, one that does not disadvantage either the brick and mortar businesses on 7th Street, or the fresh food merchants inside and outside Eastern Market.

Currently, there’s a push from Eastern Market Community Advisory Committee (EMCAC) to create a strategic economic development plan for the Eastern Market business district.  DGS reportedly created a “Request for Proposals” for development of such a plan, but EMCAC rejected it out of hand because DGS did not seek input from them or any other stakeholder.  EMCAC is proposing a broad meeting of stakeholder  to determine the path forward and how a “Request for Proposals” should be worded.  The issue will come up Wednesday night at EMCAC’s February 28 monthly meeting at 7:00pm in the North Hall of Eastern Market.

EMMS was founded in the fall of 2016 – a designated DC Main Streets program of the Department of Small and Local Business Development.  One of 16 DC Main Street programs, EMMS was founded by the business and building owners operating around and in the historic Eastern Market in order to establish a formal guiding organization to coordinate economic development efforts.